December: A Tour of the Backside 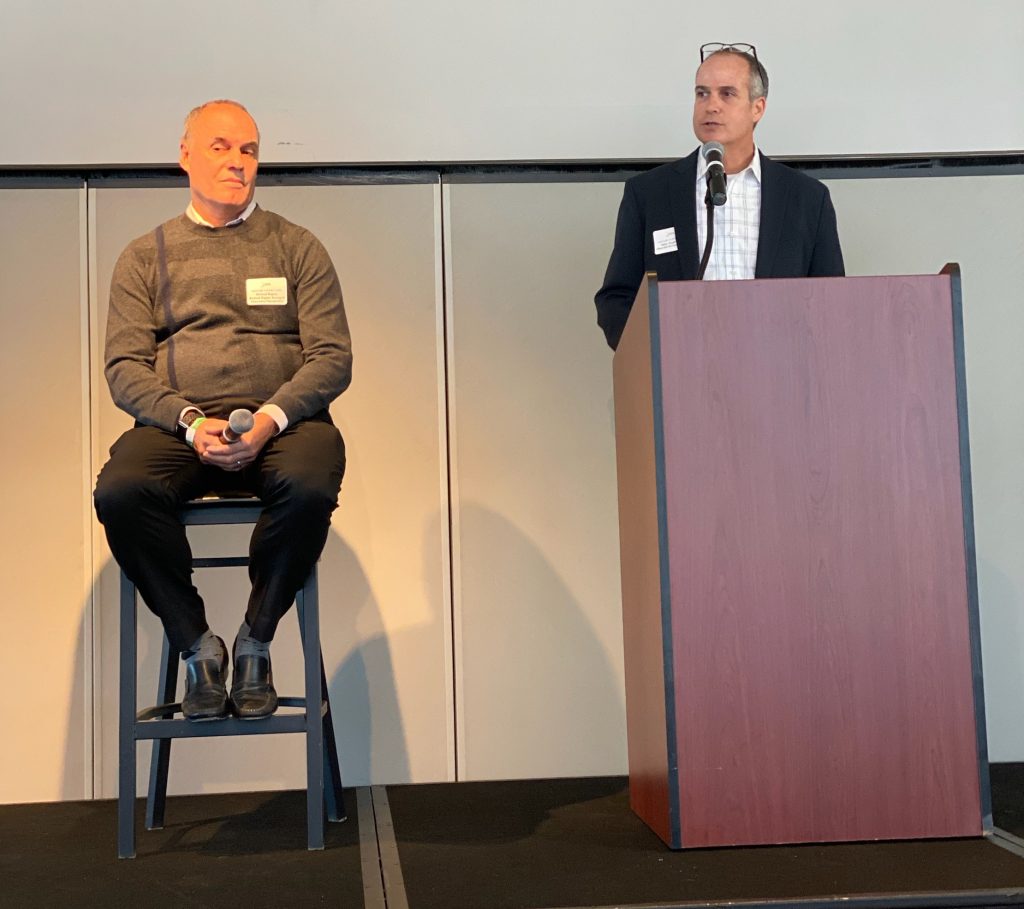 Our December lunch featured an insider’s perspective on the business of horse racing from two leaders in the industry. Mike Ziegler, executive director of racing at Churchill Downs Inc., and Richard Rigney, co-owner of Rigney Racing and principal of Clarendon Flavors LLC, shared personal and career insights from their many years in and around racing.

From moving the rail on the turf course to cleaning track restrooms during a janitorial labor dispute, Ziegler has either done it all or seen it all during his more than 20-year career in racing. Since 2015, he has led Churchill Downs Inc.‚Äôs corporate racing strategy and positioning at its five Thoroughbred racing properties. Previously, Ziegler led the Safety and Integrity Alliance at the National Thoroughbred Racing Association, served as the first executive director of the Thoroughbred Aftercare Alliance and held positions ranging from vice president and general manager to assistant to the president at racetracks managed by the Bay Meadows Operating Co. He holds an MBA in finance from Loyola Marymount University and a bachelor‚Äôs degree in economics from Cal Poly San Luis Obispo.

A Southern California native, Rigney is heavily involved in owning and breeding racehorses. He and his wife, Tammy, race as Rigney Racing and are known for their bright red silks with two hearts on the front and three hearts on the back, representing each of their children. Top runners include Dream Empress, who won the Darley Alcibiades at Keeneland, and Noble‚Äôs Promise. Rigney founded Clarendon Flavors in 1987 to create high-quality flavors for beverage manufacturers. The company operates facilities in Louisville and Owensboro, Ky., serving more than 200 customers worldwide.