March lunch: Inside the business of Louisville restaurants

Ever wanted to go behind the scenes of Louisville restaurants? Venture Connectors did just that at our March 8 luncheon with an exciting panel of local restaurateurs. Moderated by food writer Steve Coomes, the panel featured prominent restaurant owners Fernando Martinez, Susan Hershberg and Chad Coulter, who discussed the restaurant landscape both in Louisville and nationally. They shared successes in the marketplace as well as challenges in a competitive culinary city and what the future holds for independent restaurants.¬†The panelists also offered thoughts on current threats facing restaurant operators and insights into what makes them and their restaurants tick. 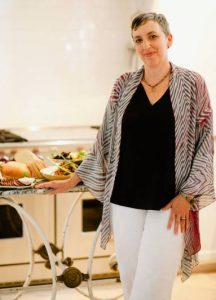 Susan Hershberg founded Wiltshire Pantry in 1989 and has since led it to become one of Louisville’s premier caterers. In the latter years of that 28-year stretch, she’s opened Wiltshire on Market in Nulu, Wiltshire Bakery & Cafe in the Highlands, and Wiltshire at the Speed, a cafe and catering operation located in the Speed Art Museum. 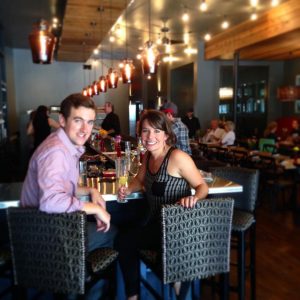 Chad Coulter is a pharmacist turned entrepreneur and restaurateur.¬† Along with his wife Lauren, he first opened Uptown Art, a ‚Äúpaint and sip‚Äù concept, which has two locations in the Louisville area. The couple recently sold Uptown Art to focus on expanding LouVino, their wine-focused “small plates” restaurant. LouVino has two locations in Louisville and one in Fishers, Indiana. 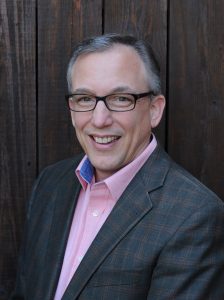 Moderator Steve Coomes is a former Louisville chef turned restaurant and spirits writer. He has written for and edited dozens of national and international trade and lifestyle publications, and has worked as a ghostwriter for multiple business leaders. He is the author of two books, and the co-owner of Eat Drink Talk, a Louisville restaurant and bar news website and podcast.