May Virtual Lunch: A Tale of Two Exits

Louisville startup Truman’s, a direct-to-consumer cleaning products company, was recently in the news with exciting announcement of its sale. Alex Reed is co-founder of Truman’s and former executive of Lexington, Ky.-based Big Ass Fans. He joined Venture Connectors at our May lunch and shared a look behind the scenes on both of the companies’ exits. He also gave some great insights into what he and the other founders learned from those experiences.

At Big Ass Fans, Reed led an expansive marketing division that helped grow the company’s sales from $30 million annually to more than $250 million. He also helped drive the company’s expansion beyond a business-to-business strategy to business-to-consumer with the 2012 debut of Haiku, the first Big Ass Fan for homes. Within a few years, the product represented nearly a third of total company revenue.

After helping to guide the company’s sale in 2017 for $500 million, Reed co-founded Truman’s, with a mission of moving the cleaning industry in a more sustainable direction. In March 2021, Truman’s technology — which Fast Company magazine recognized as a “World Changing Idea” — was acquired by a global company.

Reed is a sought-after speaker on emerging marketing trends, having offered keynote addresses at national events, including Reuters Events Brand Marketing Summit. Following his exit from Truman’s, he remains active in the startup community, advising and investing in a small number of brands. 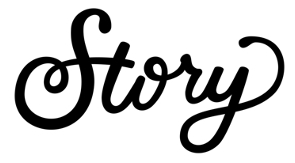