Our December lunch featured an insider's perspective on the business of horse racing from two leaders in the industry. Mike Ziegler, executive director of racing at Churchill Downs Inc., and Richard Rigney, co-owner of Rigney Racing and principal of Clarendon Flavors LLC, shared personal and career insights from their many years in and around racing.

At our November lunch, Portland Investment Initiative founder Gill Holland gave an update on the historic neighborhood, including an announcement about a 24-unit affordable housing project called Montgomery Street Apartments that will be opening soon. Holland also led a lively discussion with a panel of business leaders, including Mike Mays of Heine Brothers‚Äô Coffee, Farm to Fork Catering‚ Sherry Hurley and Ben Smock of Canopy on Portland's progress in the past few years.

Our October lunch featured West Sixth Brewing's Co-Founder Ben Self, who shared the story behind the company‚ success and its $2 million expansion in Louisville. Lexington, Ky.-based West Sixth is turning a 120-year-old carriage house in NuLu into a 9,000-square-foot brewery, barrel-aging warehouse and taproom slated to open in early 2020.

At our August lunch, Carla Dearing, founding CEO of Sum180 and head of product for FlexWage Solutions LLC, shared how she won big by getting the small details right. Her talk focused on how and why she launched financial technology (FinTech) startup with the express goal of attracting a strategic acquirer. 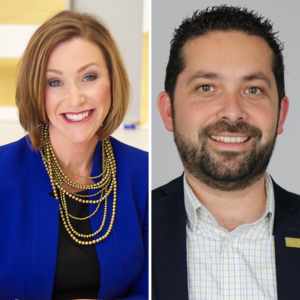 At our June lunch, Fund for the Arts President and CEO Christen McDonough Boone and Metro United Way Chief Development Officer David Lopez shared with a ‚room of disruptors‚ why businesses must address the community‚ social needs. They argued that people move to a region for a job but they because of culture a healthy ecosystem. 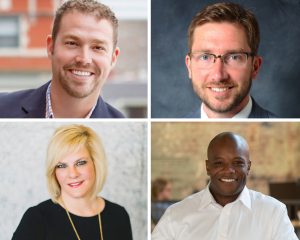 Our April lunch featured a fantastic panel discussion with some of the most dynamic leaders in Louisville's entrepreneurial ecosystem who shared how their organizations are driving economic growth in our community. Panelists were: Patrick Henshaw, CEO of the Louisville Entrepreneurship Acceleration Partnership (LEAP), William Metcalf, Senior Director of Research Development & Strategic Initiatives, Office of the Executive Vice President ‚ Research & Innovation at the University of Louisville, and Tammy York Day, President and CEO of the Louisville Healthcare CEO Council (LHCC). Our fearless leader Tendai Charasika, Venture Connectors Chairman and CEO of SuperFan Inc., served as moderator. 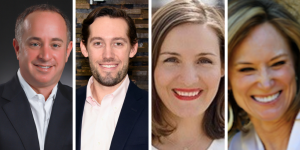 At our February lunch, President and CEO Cedric Francois, MD, PhD, shared the inspiring success story of Crestwood, Ky.-based Apellis Pharmaceuticals Inc. He talked about his experiences with taking the pharmaceutical company public, as well as finding/attracting talent and securing funding.