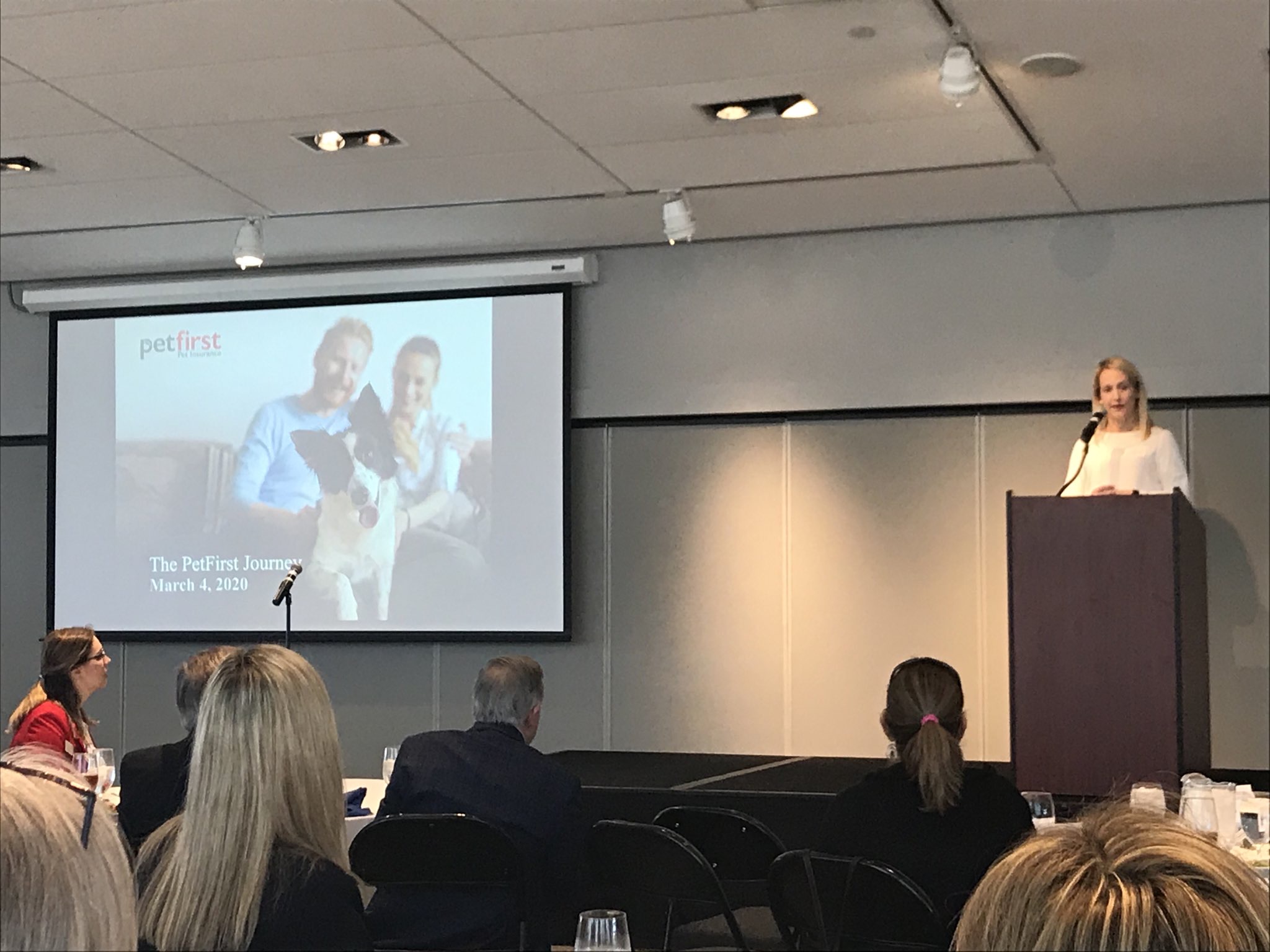 At our April lunch, Katie Grant Blakeley, discussed her entrepreneurial journey with PetFirst, including the path to its recent acquisition by MetLife. She shared that with nearly $75 billion spent on pet care annually in the United States, PetFirst is filling a critical need by helping pet parents afford life-saving procedures for their furry family members. Read more about her talk in Business First.

Based in Jeffersonville, Ind., PetFirst is one of the fastest-growing pet health insurance administrators in North America, helping thousands of families purchase insurance coverage to pay for their pets‚Äô veterinary care. The company recently relocated to a larger headquarters and has about 60 employees. MetLife announced it will acquire the company in November, with the deal expected to close in the first quarter of 2020.

Blakeley was formerly the CEO of PetFirst and now is vice president of pet insurance for MetLife. She has been with PetFirst since it was founded in 2004, helping to drive early growth in her roles as marketing director and VP of business development before moving into the role of CEO in 2013. Prior to joining PetFirst, Blakeley worked in the Thoroughbred racing industry.

A native of West Virginia, Blakeley was a Yeager Scholar at Marshall University, where she earned a bachelor‚Äôs degree in journalism and mass communication. She lives in Louisville with her husband, two daughters and terrier-mix, Franklin (pictured above). She was recently named one of Louisville‚Äôs most admired CEOs by Business First.