August Lunch: A Vision of Health 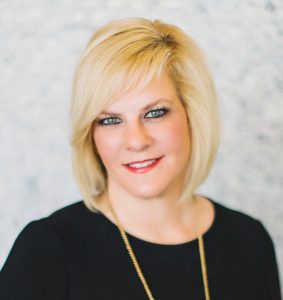 On Wednesday, Aug. 1, Venture Connectors featured Tammy York Day, president and CEO of the Louisville Healthcare CEO Council, a nonprofit organization formed in 2017 to leverage the collective voice of Louisville‚Äôs top healthcare companies. She shared how the council is actively engaging in initiatives to improve the healthcare economy, both locally and nationally.

York Day joined the council after a 21-year career with Delta Dental, most recently as the company‚Äôs chief operating officer. She is co-founder of the Unbridled Charitable Foundation, a 501(c)3 organization that hold events such as the Unbridled Eve Gala to raise money for local charities and raise Kentucky‚Äôs profile nationally. To date, the organization has generated over $300 million in national media coverage and given over $1.7 million to selected nonprofit beneficiaries.

York Day is the 2018 Fund for the Arts campaign chair, and serves on the boards of the Kentucky State Police Foundation and the Thrive Innovation Center. Among her many awards and recognition, York Day has been named one of Leadership Louisville Foundation‚Äôs 100 Wise Women and Business First‘s 20 People to Know, and earned George W. Bush President‚Äôs Council Award for Volunteer Service. She holds a global MBA in finance and economics from Duke University Fuqua School of Business and a bachelor‚Äôs degree in business marketing from University of Phoenix.