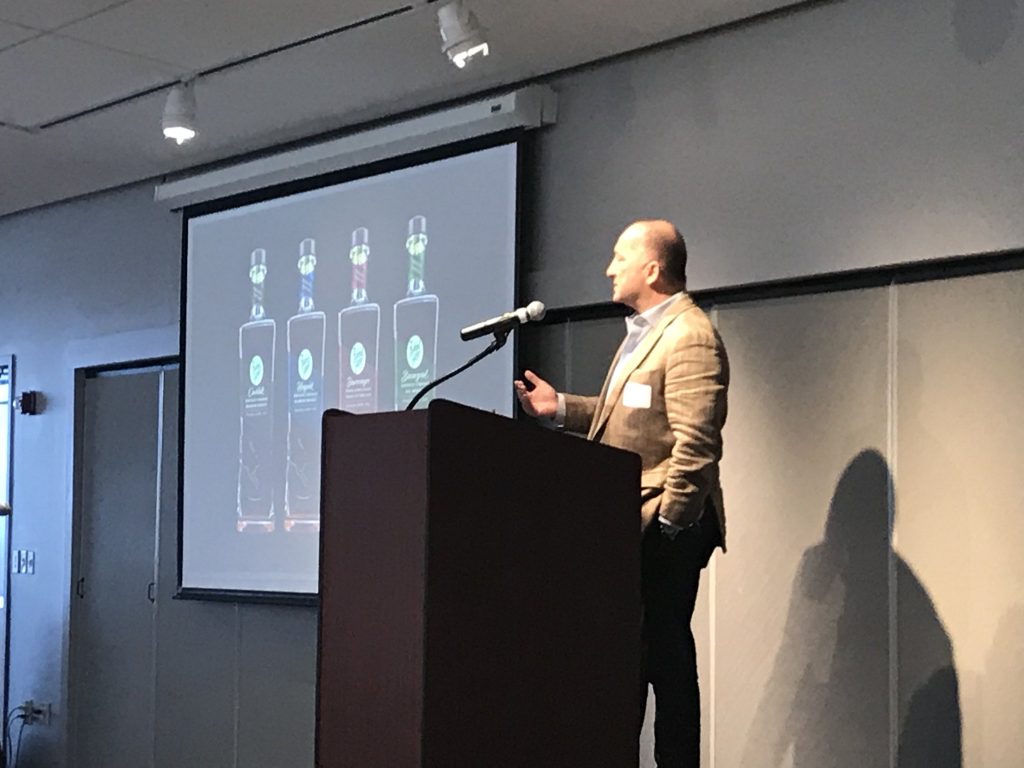 At Venture Connectors’ February lunch, Rabbit Hole Distillery Founder & CEO Kaveh Zamanian shared how the company has become one of the fastest-growing American whiskey brands in the United States. He talked about his strategic partnership with Pernod Ricard, and how he continues to put his creative vision and commitment to innovation to work in fueling the growth of Rabbit Hole.

In 2012, Zamanian followed his dreams by leaving a successful career as an academic and clinical psychologist to pursue his love of bourbon. He learned the art of whiskey making from some of the industry‚Äôs most respected master distillers and developed award-winning personal recipes of bourbon and rye whiskies.

Today, under Zamanian‚Äôs guidance, Rabbit Hole honors the time-honored traditions of bourbon making by marrying heritage techniques with innovative distillation and maturation techniques. Rabbit Hole‚Äôs distillery on Jefferson Street opened in 2018 in the heart of NuLu,and was recently named an architectural icon of the Kentucky Bourbon Trail. The brand has been featured in The Wall Street Journal, Forbes, Bloomberg, Maxim and others.